Balangoda Heritage which arose from Pahiyangala. 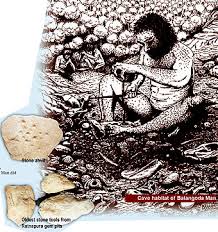 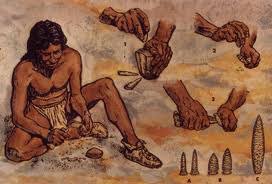 Pahiyangala, the largest cave in asia, is situated at Bulathsinhala in the Kalutara District. When we come to Ratnapura from Balangoda, we can go along the Panadura road. It is a one and half hour drive from Ratnapura through this road we can meet the Horana town them we can go to the Bulathsinhala town. Pahiyangala caves lies in Yatagampitiya, which is a remote village about 5 km away from Bulathsinhala (40Km along Piliyandala-Horana road), in the Kalutara District. The road is motorize up to the foot of the rock. It is a two hour drive from Colombo through the Piliyanda – Horana Road and covers a distance of about 40km.
Excavation has proved that these caves were inhabited by prehistoric cave men some 37,000 years ago. This cave is supposed to be the largest natural rock in Asia and this is also known to be the most ancient pre-historic human settlement in Asia. The cave lies 400 feet above sea level, At its entrance, the cave is 175 feet high and over 200 feet long. It is believed that 3000 people can be easily accommodated in this cave.
This place was shrine site from ancient time. At present also there are priests who do meditation. There is a saying “That the famous Chinese traveler monk, Fa-Hein who came to this country in the 4th century A.D. in search of Buddhist scriptures. He is said to have stayed in this cave whilst on his way to Sri Pada” (Adam’s Peak). Time passed this place has become as “Pahiyangala”.Further it is situated in a boundary which combines Sabaragamuwa, western and southern provinces in Sri Lanka. There is a saying the stone was in the boundary became” Maingala”. Time passed it is became as “Pahiyangala”
However Archeologists have proved that this place is a very important place which buried much important Archeological evidence. There is a deep pit dug out by the Archaeological Department for an excavation. In is in this pit that archeologists found five human skulls which were identified as 37,000 years old by carbon dating in USA. Some weapons made of stone and animal bones were also recovered during the excavation. It has been found out that these were used to kill monkey, deer, porcupine and others. They have also consumed habits, a species of edible snail and wild breadfruit.
Historically the basic evidence about Homosapian balangodancis were found from a place called “Bellabadipelessa” which is 75 K.M away from Balangoda town. This place is conserved as an important archeological site. Now the pahiyangala also have many historically evidences about ancient human beings in Sri lanka.
This proves Balangoda and Pahiyangala is an important areas which revealed many important evidence about world human history.